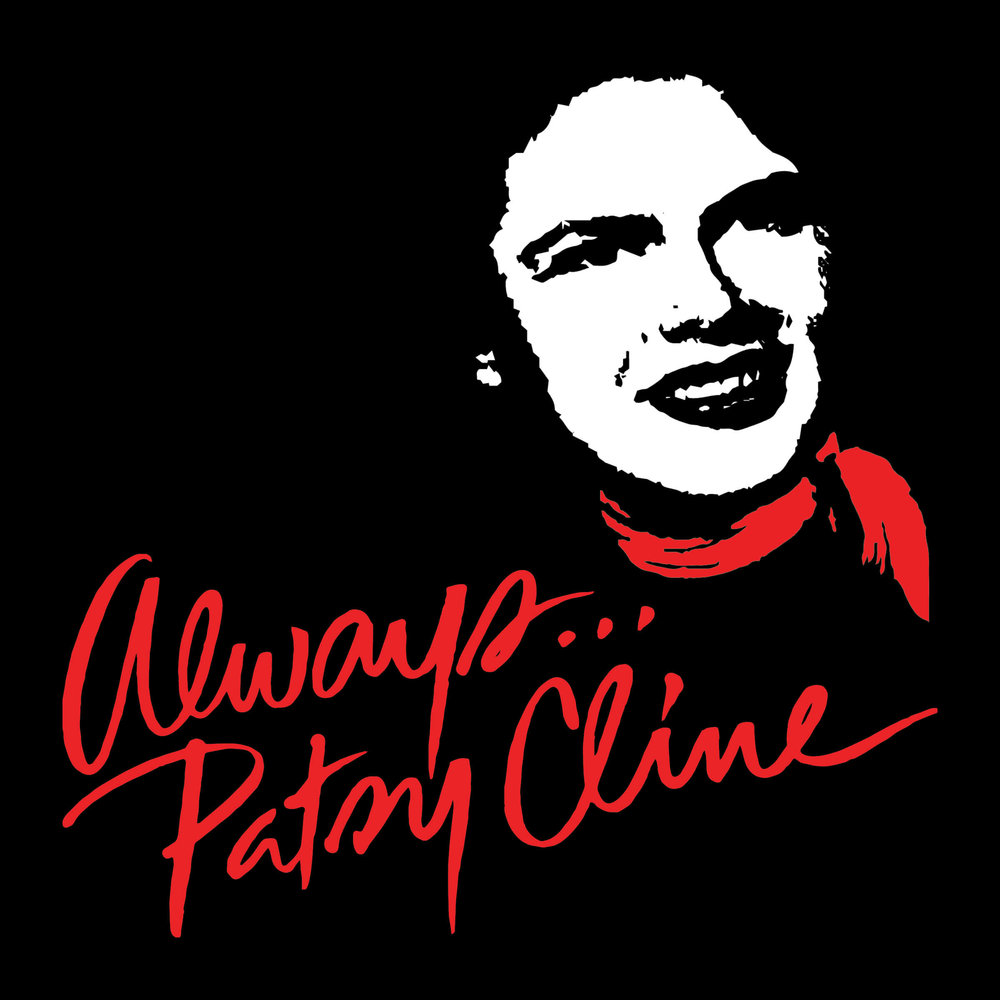 “Always…Patsy Cline” is more than a tribute to the legendary country singer who died tragically at age 30 in a plane crash in 1963. The show is based on a true story about Cline’s friendship with a fan from Houston named Louise Seger, who befriended the star in a Texas honky-tonk in l961, and continued a correspondence with Cline until her death. The musical play, complete with down home country humor, true emotion and even some audience participation, includes many of Patsy’ unforgettable hits such as Crazy, I Fall to Pieces, Sweet Dreams and Walking After Midnight…27 songs in all. The show’s title was inspired by Cline’s letters to Seger, which were consistently signed “Love ALWAYS… Patsy Cline.

All performances will be outside at Theatre Alliance’s original venue: 1047 W Northwest Blvd, with free parking. Seating begins 30 minutes prior to showtime.

WHO:
Directed by Jamie Lawson
Musical Direction by David Lane

If you or a member of your party is experiencing a fever, coughing, shortness of breath, or any other COVID-19 symptoms, please remain home and call us at 336-723-7777. We will make every effort to accommodate you at another show or issue a full refund. The success and future of our Summer Season rely on the honest participation of our Volunteers and our Guests. Thank you for being a part of it!

For your safety and for the safety of others, MASKS ARE REQUIRED while viewing the show, unless you are enjoying snacks. Our Performers will wear face shields during the performance and will practice social-distancing while onstage. Our Front-of-House Volunteers will be wearing masks as they serve you.

Coolers of outside beverages and snacks/food are fine, but please, no alcoholic beverages or illegal substances. Trash and recycling receptacles will be provided; please utilize to keep our new space clean!

Sunscreen and bug spray are suggested, if you are sensitive to natural surroundings. Handheld umbrellas may be useful, in the event of a brief shower.

No firearms or weapons of any kind are allowed onsite.

Smoking is permitted only at the designated area. If there is rain prior to the performance, we will post cancellation on our Facebook page. Volunteer availability and time permitting, we will also send out an e-mail blast.

If there is rain during the performance, we will stop the show for 15 minutes. If the rain subsides within 15 minutes, we will continue the show after we dry the stage and reset sound equipment. We will distribute plastic tarps (must be returned) for Guests who are seated directly on the ground. If the rain continues beyond 15 minutes, we will cancel the performance, and if Guests desire to reschedule or wish a refund, they can call us at 336-723-7777.

Theatre Alliance appreciates our Guests’ willingness to go on this new venture with us! As always, we appreciate your support of live theatre!

This weather is driving us absolutely CRAZY!

We really can’t wait to share this special show with y’all! Fingers crossed for a sunny opening night tomorrow! 🤞

We could sure use some of your unwanted rain. My state is being devastated by fire. 😢

Praying for no rain for you all especially next Friday night. I have tickets and so excited!!!!

So sad. I have been looking forward to the Friday performance. My big night out. Hoping for next week.

Outdoor theatre sure is unpredictable! After yesterday's big storm postponed our opening night we wanted to give everyone a refresher on our rain policy. We're hoping that the rain will stay Just Out of Reach Of...our show but in case of any bad weather rest assured we have you covered.

We look forward to seeing you all at Always...Patsy Cline and appreciate your support!

We apologize for the inconvenience. Patsy promises we’ll go “Walkin’ After Midnight” as soon as weather permits.

Drat, took a shower and everything. 😥 We'll catch you another day! 😊❤

Please join us in wishing a hearty break a leg to the cast and crew of Always...Patsy Cline opening tonight at Theatre Alliance and running through August 23! We're delighted to continue our socially distanced, outdoor, summer season with this audience favorite and we know they will blow your cowboy boots off!

Ashley Pearson is there anything you CAN’T pull off?!! 😍

Sorry for late posting. Hope it went on without rain?? Here's to a great run🤗

Break a leg, Everyone!!!

Break your legs, lovelies! Can’t wait to see it!

Have you heard? It’s Jamie Lawson’s birth month! He turned the big 5-0 last week! We’ve got details coming soon on a special celebration you can all participate in, but until our announcement, share your favorite Jamie memory or pic in the comments! ... See MoreSee Less

Lots of great Jamie memories over the last eight years. He is an inspiration and I am so glad that I have been able to hang around at WSTA. Here's one that others have probably also experienced: Me on the way to places: Hey Jamie, any words of encouragement for the cast?! Jamie: (after a meaningful pause) Don't eff it up. And we didn't!

Ok it’s two pictures - Parker’s first show with Jamie and his last show with Jamie before heading off to Interlochen. I have so many treasured memories of my kid growing up on the TA stage and will forever be grateful to Jamie.

Jamie Lawson happy birthday!! you are an amazing person and we are so glad you cast Kelsey in Mamma Mia so our whole family could become a part of TA!! Happy birthday and thank you for all that you do to make TA such a wonderful asset to the community!!

Favorite memory: I had broken my foot during a play I was running spot for. I think it was Mama Mia. I stayed away, as ordered, for a week or so. Finally told Jamie I could come back. Here I come. Still in the boot. I saw his expression. He said, "I thought you were done" or something of the sort. I said, "I never said I was out of the boot". Jamie: "Are you allowed to climb?" I told him the doctor never specifically said I couldn't climb a small ladder to operate a spotlight. He looked at me with the Jamie expression. Y'all know the one. Finally he said, "Well, hell, Angie, I guess he thinks most people have the sense to know better!" I got to do the lights anyway under threat of death if I fell! Love you, Jamie. You and TA have made my life better!

Jamie, omgeee we have so many together. I can’t really pin point one. I just know most of them are filled with laughter because one of us said something crazy. I love you Jamie! 💕💕

Him subbing in for ken in disaster!

Happy Birthday to you!!!❣

You won't want to miss this funny, light-hearted, but still touching show!! It'll make you tap your feet, laugh at Louise's antics, and either introduce you to some of Patsy's songs or just remind you why you liked her in the first place!

Our Volunteer of the Month for July is Bill Pirkey for all his behind the scenes help! For going on two years, Bill has helped us with for cleanup, strike, moving (Jenni lets him use her truck), wherever we need him, there he is! Bill says he enjoys volunteering with Theatre Alliance because we are "a theatre with a "family" feel, willing to do shows other theatres shy away from."

Bill was born in New Jersey, and met Jenni in Oklahoma at his first duty station in the Air Force. He completed a 20-year military career in IT, and after a few short post-AF stints, finally landed a job at LabCorp in Burlington, and moved to NC four years ago. He and Jenni have been married 27 years. Perhaps not coincidentally that is also the same length of time Bill has been involved with theatre! We'll have to ask him :)

Bill enjoys the technical aspect of theatre and has worked in multiple tech roles running sound, lights, as backstage crew and set building, video-recording, production manager, and stage manager. Mostly Bill loves supporting Jenni with her theatre passion. They also like to take vacations, and are now hooked on Disney!

Thanks for all your work Bill!😀

Always...Patsy Cline is based on the true story of Patsy Cline's friendship with Houston housewife Louise Seger.

Having first heard Cline on the "Arthur Godfrey Show" in 1957, Seger became an immediate and avid fan of Cline's and she constantly hounded the local disc jockey to play Cline's records on the radio.

In 1961 when Cline went to Houston for a show, Seger and her buddies arrived about an hour-and-a-half early and, by coincidence, met Cline who was travelling alone. The two women struck up a friendship that was to culminate in Cline spending the night at Seger's house - a friendship that lasted until Cline's untimely death in a 'plane crash in 1963.

The relationship, which began as fan worship, evolved into one of mutual respect. It is the kind of relationship that many fans would like to have with their heroes.

Over a pot of strong coffee, the two women chatted about their common concerns. When Cline finally left for Dallas, her next job, the two women had exchanged addresses and telephone numbers. Seger never expected to hear from Cline again, but soon after she left, Seger received the first of many letters and phone calls from Cline. The pen-pal relationship provides much of the plot of the show.

The play focuses on the fateful evening at Houston's Esquire Ballroom when Seger hears of Cline's death in a 'plane crash. Seger supplies a narrative while Cline floats in and out of the set singing tunes that made her famous - "Anytime", "Walkin' After Midnight", "She's Got You", "Sweet Dreams", and "Crazy" to name a few.

The show combines humour, sadness and reality. It offers fans who remember Cline while she was alive a chance to look back, while giving new fans an idea of what seeing her was like and what she meant to her original fans.